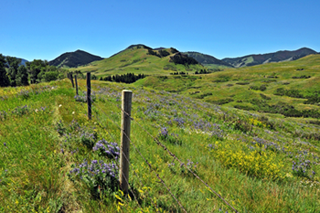 admitted to the Montana Bar and U.S. District Court, District of Montana in 1984, 9th Circuit Court of Appeals in 1989.

Has served on many public service boards over the years and continues to serve as president of the Commercial Club of Highwood, a non-profit service organization for the town of Highwood, Mt; Women's Club, Soroptomists of Great Falls and Faith Community Church. Spends any free time she has attending the sporting events of her two children who are now in college and play football (son) and women's basketball (daughter).

Lisa has been in private practice in firms and as a sole practitioner since entering the Bar with the exception of one year when she worked as the assistant city attorney of Great Falls, Montana where she prosecuted misdemeanors before the municipal court. She has presented and taught on several subjects to fellow attorneys and now devotes about one-third of her practice to doing contract public defender work, which is one way she serves the citizens of Montana. Lisa is married to John Semansky and they have two children.